Top down construction methods were used to build the underground stations in an effort to minimise traffic disruptions on the surface. Because space was confined, the diaphragm walls for the stations and the slabs they supported were first installed on one side of the street, and then on the other. The diaphragm walls for the new underground stations contain Schöck Combar® glass fibre reinforcement. As a result, the tunnel borer can drive straight through the reinforcement, which saves time and money. The other finishing works are performed underground. 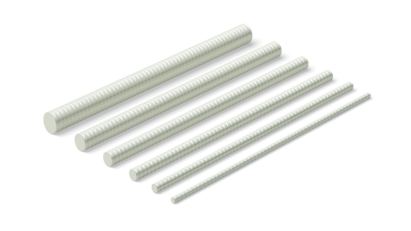