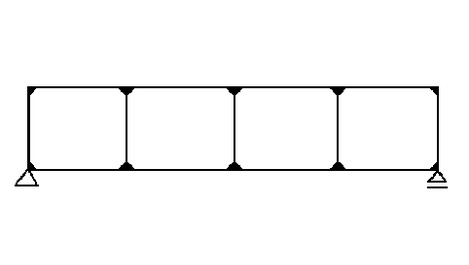 Graphic: Ingenieurbüro Vreden, Henneker + Partner
Opened in 2009 the luxury Kameha Grand Bonn hotel has 254 rooms and 62 suites. Operated by the hotel corporation Kameha Hotels & Resorts AG it is the cultural center of the “Bonner Bogen”, an overall development with 63,000 square metres of newly-created

Special architecture with a climate concept

The unusual hotel architecture is the creation of Bonn-based architect Karl-Heinz Schommer, who planned two elliptical arms of the building, connected by a glass roof spanning 28 metres. The entire width of the area under the roof is taken up by a smooth-lined, column-free atrium with plenty of air space. Architect Dipl.-Ing. Volker Hachenberger (project leader at Schommer architects' office): "Hotel Kameha Grand Bonn is based on town planning designs: here at the Bonner Bogen site, they were looking for maximum transparency of the building from the inside out. The focus of the building is the atrium on the ground floor, with its lobby, banquette seating, restaurant, hall and multimedia room. All public areas are brought together there and are mostly available for events. The hall is fully glazed – sun protection glass, glare protection and additional sun protection in the form of roller blinds prevent the room from overheating in summer and can be used to regulate the light. For rooms equipped with full-length glazing out towards the façade, a combination of highly-effective sun protection glass and internal sun protection with metal slats was chosen. An alternative to this would have been a double façade, but functional disadvantages prevented this kind of construction. Our solution means that the windows can be opened, allowing light and air in."

The Bonn-based engineering office Vreden, Henneker + Partner was responsible for the structural planning. Specifically, Dipl.-Ing. Thomas Kasper and Dr.-Ing. Wulf Zillinger, testing engineers for static calculation, took on the responsibility for the project. Thomas Kasper on the structural engineering calculation: "As a result of the conference and meeting rooms the building's geometry means that the 28-metre-wide covered atrium with conference and event areas as well as the lower floors are also almost totally free of pillars and have wide support spans. It was important that the usage area of the ground floor remained flexible. In contrast, the geometry of the rooms in the upper floors determined the positions of the supports, but this could not be continued into the ground floor."

In order to prevent supports being needed, load-bearing wall plates were arranged in the upper stories, where they serve as wall-like beams over two or three stories. In addition, the façade was designed as aload-bearing function in some areas, with Vierendeel trusses running across multiple stories. In principle, this is a flexural rigid trussed girder without pressure and cross braces, whose supports and beams create a flexurally rigid system. In contrast to truss frame construction, in which load-bearing capacity is achieved solely through traction and compression forces, in a Vierendeel truss the bending in the elements also contributes to the structural engineering calculation.

The demands on the building's bracing due to the new standards for earthquake zone II were also complex. Measurements for this load showed that the bracing loads from the earthquake requirements were many times the wind load, causing the earthquake load to become decisive. "Because the ground floor has a very light load-bearing structure with few elements, the high bracing loads have to be carried by these few elements," says Dr. Zillinger, who considers this measurement a particular challenge. The brief was to maintain the lack of supports in the part of the building which houses the Vierendeel trusses, despite the fact that the client had planned a 15-metre swimming pool directly above this on the third floor. Transmitting the loads of the large glass roof into the solid construction via cantilevers presented a further difficulty. This made it impossible to work with purely reinforced concrete construction. Instead, some reinforced concrete composite construction was needed: steel supports were used and encased in concrete. The roof truss, which crosses the interior space of 28 metres, is a girder trussed with a cable. Where this is connected to the concrete structure, just 400 millimetres were available to attach the load. "The problem was that we had to connect a steel component, produced to the very last millimetre of accuracy, to a shell construction which permits larger tolerances. We therefore had to compensate for tolerances of up to 30 millimetres in every direction at the connections. Components had to be adjusted to the millimetre on the construction site," says Zillinger.

The peculiar shape of the building meant that the architect's desire to create the roof shell from concrete for reasons of convenience was complex. Kasper: "A completely freely curved concrete shell has certain quirks. These are not only in the positioning and implementation of the reinforcement, but also in how it is encased in concrete and even how the roof arms are designed. For example, there will be various roof gardens in the upper stories. The demand of an unimpeded view of the surroundings, permitting only thin concrete strips produced the roof above." The delicate construction also meant that the weight of snow could not be neglected. The roof strips which runs above the terraces is only held at the head and foot of the terrace, so this thin strips runs for 24 metres without support. Due to the cantilever arm and the wind load, there is a force in this strip which creates torque. On the inner courtyard side, steel arms interrupt the concrete strip at 8.10 metre intervals.

The building cantilevers 1.30 meters along the outside concrete arch on the edge of the roof and façade. The delicate façade meant that classic heat insulation was out of the question, so thermal separation had to be integrated into the construction. Kasper: "In order to minimize thermal bridges, Schöck Isokorbs were integrated along the two outside arches thermally separating the 1.30 meter cantilevers in the north-east and south-west from the building. The static peculiarity of this is that this cantilever slab initially hangs vertically, before gradually transitioning into a horizontal slab. This was something special for the manufacturer of the Isokorbs as the cantilever component is normally a wall or a ceiling slab. But in this building it is both." The innovative solution found for the static requirement was to divide the arch into multiple sections and then to use the appropriate Isokorb depending on the forces. This started on the ground floor with type Q and continued with type D in the upper stories, right up to type K at the edge of the top floor. Because of the two-sided load on the rounded arch, standard elements of type D were cut up and integrated rotated by 90° in opposite directions. Because the rescue routes are positioned under the curved edge of the roof, fire protection class F90 was required. The Isokorbs offer F90 protection automatically with the integrated fire protection slabs. Complete fire protection was further achieved by installing Promat in the wedges between the Isokorb elements.

The basement is home to a large underground parking garage and the power control centers, each with a height of approx. 6 metres. Here too, it was necessary to keep columns to a minimum due to the cable runs for the ventilation system. Another issue was Rhine flooding and the safety this entails, making it necessary to anchor the base slab with GBWI anchors in areas in which sufficient imposed load could not be activated from above. "For the construction period, we developed a flood protection concept which states how to react in the case of raised water levels to ensure that the object does not float upwards. The Schürmann building is the perfect bad example on the opposite bank of the river. Bu txhe hotel is significantly below the flood level. The underground parking garage and the lower stories were designed as a waterproof concrete tank," explains Zillinger.

All ceilings are equipped with concrete core cooling, which can also be found under the covered atrium. Water is drawn from the groundwater via heat exchangers. The hotel's power control centre supplies not only the building, but also the entire construction site: Rheinwerk 2, Rheinwerk 3 and the Rohmühle property. Not only the pipes for the concrete core conditioning are laid in the ceilings, but the entire installation, which required a significant amount of planning. There was no possibility of pre-fabricating the elements, as each area has different dimensions.

Another difficulty during the building process was that the ceilings right down to the lower stories had to be supported for a very long time, because the load-bearing capacity of various girders only came into play once the last ceiling had been completed. The temporary supports therefore had to remain in place from the ground floor right up to the fifth floor until the ceiling above the fifth floor had hardened, so that the load-bearing behavior of the wall as a load-bearing element could be ensured.

With a relationship of passive solar energy, intelligent cooling systems and a resource-saving climate concept, the Kameha Grand Bonn meets the standards of a 'green building'. The hotel is supplied with heat and cooling by a geothermal system with an aquifer storage system, which optimizes the energy yield by separating summer and winter operation. Located in the basement of the hotel the power control center will supply 80 per cent of the 'Bonner Bogen' building. The electrical load capacity is ensured through concrete core cooling in the ceiling systems. Fresh air feed cover additional demand through floor heaters. A climate-controlled floor ensures a pleasant temperature in the glass hall all year round. The hollow sections of the delicate metal construction are filled with water and used as heating and cooling areas. The climate package with fresh air feed creates a pleasant climate in the room and allows premium room-in-room solutions without disruptive equipment hanging from the ceiling, as is the case with conventional air-conditioning systems. On the other hand the glass architecture also works as a passive sun collector.

Eight wells have been created to make use of the groundwater. They work alternately between summer and winter use. This system covers up to 70 per cent of cooling requirements. The use of a cooling machine is only necessary for short periods at the height of summer. In winter, coverage via the groundwater is between 60 and 80 per cent.

The geothermal system is an efficient aquifer storage system that is one of the largest systems of its kind in Europe. It can save around 1,700 megawatt hours of primary energy expenditure and 400 tons of CO2 per year compared to a conventional energy supply. These savings are the result of the energy efficiency of the geothermal system, the building's architecture and a modern building management system with individual room control